On or off topic discussions. Whatever is on you mind...
Post Reply
2 posts • Page 1 of 1 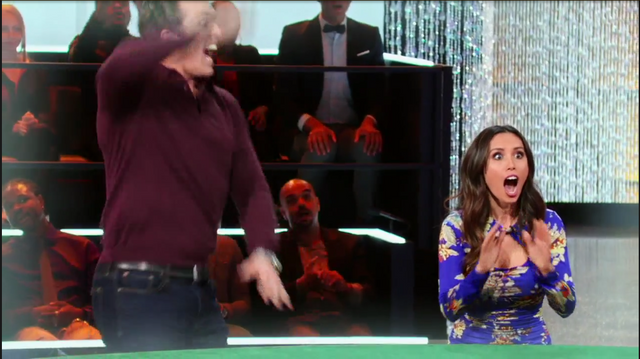 For those who are fond of Fresh Frozen Females' favorite go-to model, this screenshot from the opening of the new Card Sharks appears to indicate we're going to see Dianne play the game sometime this season.

Somehow, I doubt her fetish work will come up during the show.

Dianne's show aired/airs tonight. West Coast viewers can catch it at 9pm Pacific time on ABC. East Coast viewers who can authenticate should be able to see it on-demand at ABC.com tomorrow (it's episode 107). If you can't log into ABC.com, the episode will be available for everyone next Wednesday (8/14). Her game is the second game, starting at about 30 minutes into the episode.

I'll add spoilers later. For now, she was billed as being from Kansas City, and mentioned her husband and 14-year-old daughter in the introduction segment.

She's also about two feet shorter than her opponent.