I just found a clip of Rashida Jones freezing, something I've wanted to see for as long as I've known about her. Now all I need is Keira Knightley, Emily Blunt and Natalie Portman. Whats your favourite celebrity freeze?
Top

I guess it would depend on your definition of "celebrity".

Off the top of my head, Teri Hatcher in the Prankster episode, Pam Dawber in any of her freezes(Morgan Fairchild too).
Top

I would definitely agree with the Teri Hatcher choice.Off the top of my head,the first three that come to mind are Elizabeth Montgomery’s three freezes on Bewitched(two as Samantha,one as Serena),Lynda Carter in The Fine Art of Crime episode of Wonder Woman and Barbara Feldon in the Our Man in Leotards episode of Get Smart.
Top

And where can I find this Rashida Jones clip? Please and thank you.
Top

Prospero wrote: ↑
Tue Dec 24, 2019 8:33 am
I would definitely agree with the Teri Hatcher choice.Off the top of my head,the first three that come to mind are Elizabeth Montgomery’s three freezes on Bewitched(two as Samantha,one as Serena),Lynda Carter in The Fine Art of Crime episode of Wonder Woman and Barbara Feldon in the Our Man in Leotards episode of Get Smart.

There were 2 with samantha? I thought there was only one
Top

I just thought of another favorite celebrity freeze,Julianne Moore on Saturday Night Live in early 1998.She froze twice during a Ladies Man sketch with Tim Meadows.It is not every day that you get to see a future Academy and Emmy Award-winning actress freeze twice on live nationwide television,but there she was.
Top

And where can I find this Rashida Jones clip? Please and thank you.

I've only ever come across her freezing once, there's more?
Top

I've only ever come across her freezing once, there's more?

Mork and Mindy had a memorable one.
Top

this lady is not one to "freeze" into place but she is incredible and appearing artificial like a doll or mannequin.

Lorene Yarnell (RIP) was an exciting and very popular mime in the 70's. Her talents with posing as a mannequin or doll or robot is unmatched by any celebrity i know.

I don’t know if I could pick out just one celebrity as a favorite, but there are several that come to mind that steered me towards the ASFR fetish early on in life...

Sally Ann Howes rotating around as a wind-up doll in Chitty-Chitty Bang-Bang. This is probably my earliest memory of “taking notice” of an ASFR theme. The idea of a living woman being turned into a mechanical doll was both intriguing and somewhat horrifying and I remember asking my mom, “Can they really do that to someone?” She assured me that it was just “movie magic” and that Truly Scrumptious survived the ordeal. This was likely around the same time when mom told us that mannequins were made from shoplifters that were caught. I saw my first mannequin model – a tall brunette in a metallic blue dress - shortly afterward while coming down an escalator at Britts. I pointed with alarm, “That’s a real lady!” and my mom confirmed, “Yep, she’s probably being punished for stealing something; I told you that’s what they do to thieves.” I was in awe as the model stood there frozen on her dais and I had seen proof that they were turning real people into mannequins! I was totally obsessed with the idea after that, and started checking the mannequins regularly for signs that they were real. 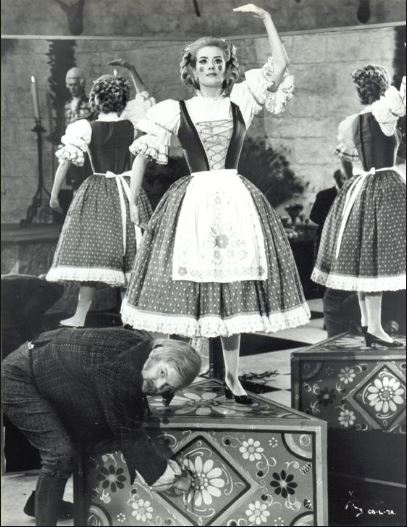 The 1977 skit with Cher & Farrah Fawcett acting like animatronic mannequins. My parents (or at least my mom) watched the Sonny & Cher show religiously during the 70’s. I had a minor crush on Cher at the time, but couldn't help but think how much prettier she was moving & jerking around like a robot. 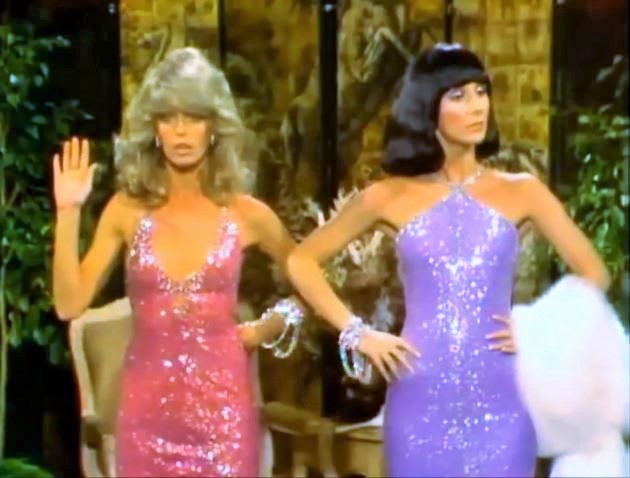 Feb 1978: Erin Moran and Marion Ross are frozen in the Happy Days episode "My Favorite Orkan" …This was the first time that I realized that seeing someone frozen “did something for me” and I immediately started recalling certain cartoons, Star Trek, Batman & The Price is Right episodes where I’d seen something similar. They were frozen again in a later episode during a birthday party with two other attractive women (not to mention a nice rearview of Joanie in tight Levis). I thought it was cool that Mork could use his powers to make Chachi crawl across the table & kiss Joanie and she wouldn't even know it ever happened! 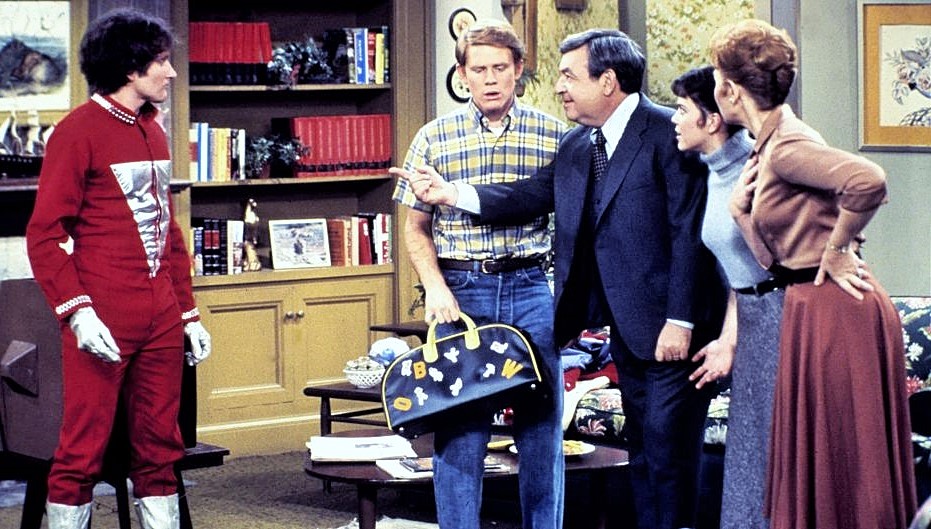 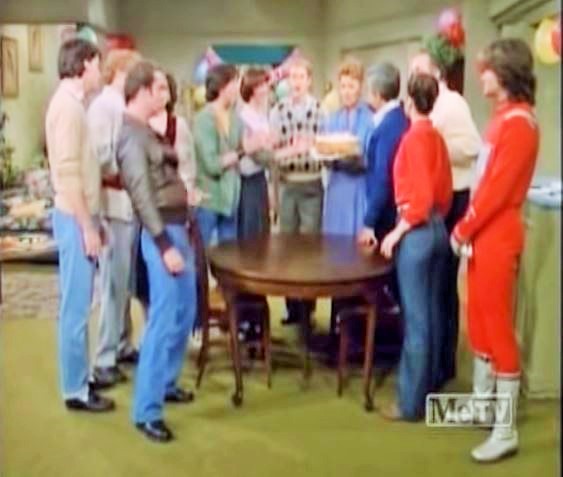 October 1978: By this point, I was an 8 year old KISS fan. Kiss Meets the Phantom of the Park aired on network TV as a Halloween special, and KISS themselves were at their commercial peak. My friends were card carrying members of the KISS army and thought they “sold out” ...But all was not lost: in the film, the tough punk chick “Dirty Dee” (played by actress Lisa Jane Persky) ends up getting turned into another one of Abner Devereaux's extremely life-like dolls. This would not only turn out to be one of my all-time favorite ASFR scenes, but this was the first time that a bad-ass chick was turned into something innocent against her will. Her transformation was important, as it would affect my writing style many years later. btw: Lisa grew up in the Greenwich Village and was fan of the exploding punk scene: the leather coat she wore to clubs in NYC was the same one she used in the film. And yes, I still have my original factory copy on VHS!

...And to think the eighties hadn't even started yet.

Today there were premature death notices for the literally statuesque ("6' 1" and worth the climb") Julie Strain. Among her other superb credits, made a quite awesome silver centerpiece in SUNSET HEAT with Michael Pare and Dennis Hopper.

Those Happy Days episodes with Mork were an instrumental part of a young man discovering he is a freeze fan. lol
Top

Jay wrote: ↑
Mon Jan 13, 2020 9:06 pm
Those Happy Days episodes with Mork were an instrumental part of a young man discovering he is a freeze fan. lol

Absolutely! Younger folks have to realize that this was before VHS, Netflix and the internet. People actually gathered around the TV and watched it together as a family! I remember the whole Mork thing was a shot in the arm for Happy Days and there was a buzz on the school bus the next morning (just like with The Dukes of Hazzard premier and the V miniseries). All I could think about was if this freezing idea was going to catch on & be a weekly thing. I also started encouraging the other kids in the neighborhood to stay frozen during freezetag. I guess I was on a slippery slope already.

Lets not forget the delightful work of one "Cheryl Ladd" in a fun Charlies Angels episode "Mother Goose is Running for Her Life" as Cheryl quickly learned... if you cant beat the dangerous toys... join em.